In the resurgence of the Black Lives Matter movement earlier this year, Black LGBTQ+ voices were silenced and the names of predominantly Black Transgender people who were killed during the nationwide protests were and continue to be ignored. This project will highlight the past and present contributions of Black LGBTQ+ people, provide resources that tell the untold stories experiences of Black LGBTQ+ people throughout history and in 2020. Enjoy learning more, educating yourself and you can also show your support to the charities and organizations that work tirelessly to provide platforms and safe spaces for Black and LGBTQ+ people. 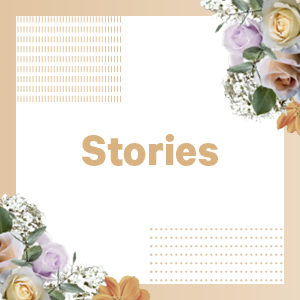 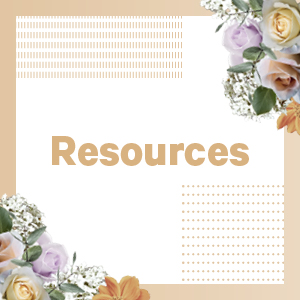 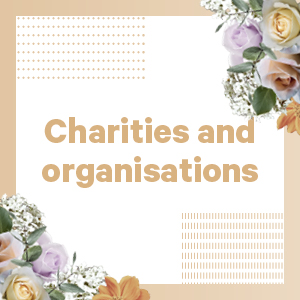 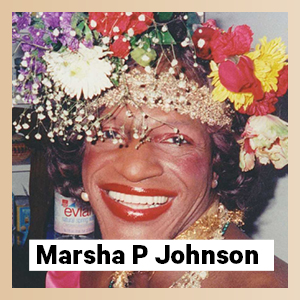 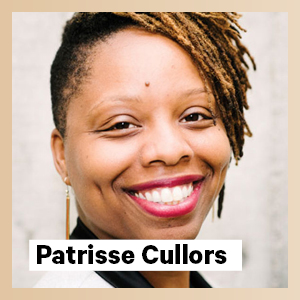 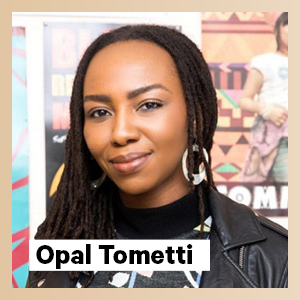 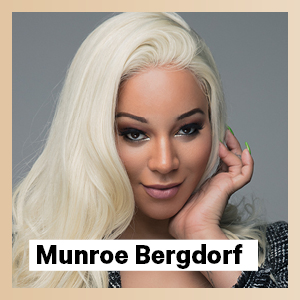 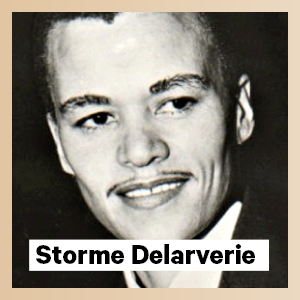 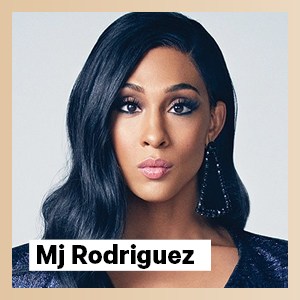 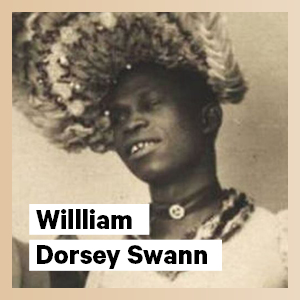 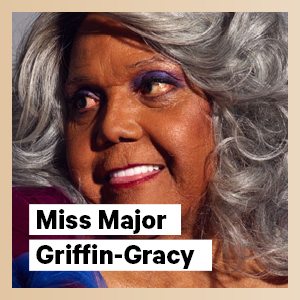 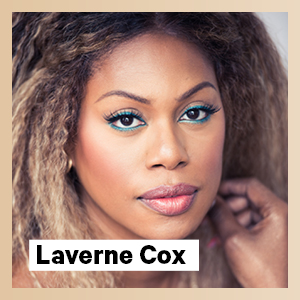 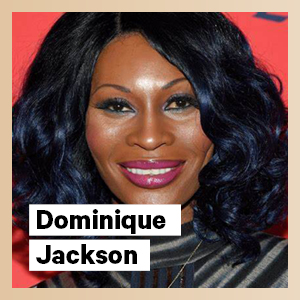 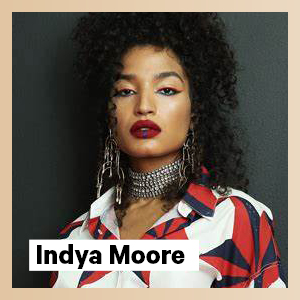 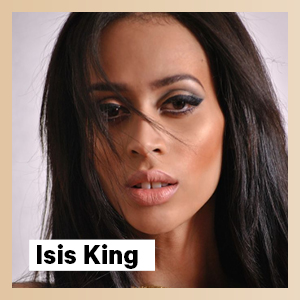 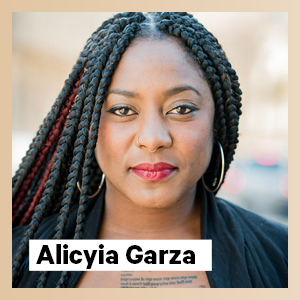 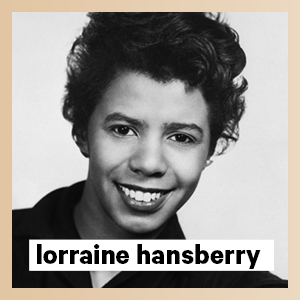 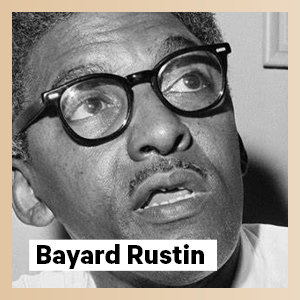 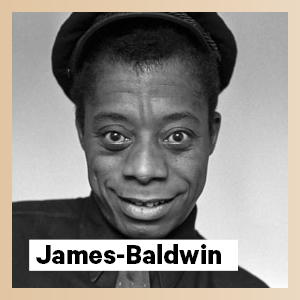 American activist and drag queen. She was a key figure in the 1969 Stonewall Riots, where following a police raid of Stonewall Inn, Johnson was one of the people who resisted arres and ignited the events that led to Pride Month as we know it today.

Marsha's work is credited as having advanced the LGBTQ+ movement’s focus beyond cis gay men. She was the Co-Founder of STAR, the first organisation to be led by trans women of colour, which helped to uplift the voices of trans and gender non-conforming people of colour in NYC. Offering shelter, food and clothing for LGBTQ+ youth who had been disowned by their families for their identity.

Patrisse Cullors is the co-founder of the Black Lives Matter movement, and created the #BlackLivesMatter hashtag in 2013 after Trayvon Martin’s killer was acquitted.

Author of When They Call You a Terrorist: A Black Lives Matter Memoir, Cullors has been an activist since her teens, beginning with joining the Bus Riders Union (BRU); a social movement organisation which targeted racially discriminative policies of the Los Angeles County Metropolitan Authority and has continued to fight for racial equality through MomsRising and Dignity and Power Now

English model and activist. The first trans model to front a L’Oreal campaign; she was let go due to her comments on systemic racism and white supremacy, and highlighted this when L’Oreal released their statement in response to BLM in 2020. L’Oreal accepted the criticism and appointed Munroe to a newly-created UK Diversity and Inclusion Board.

In July 2019, Munroe was awarded an honorary doctorate from the University of Brighton for her campaign work on trans rights

Actor best known for her work on TV drama Pose. She is also an award-winning stage performer, and was the first trans woman of colour to play Audrey in a major stage production of Little Shop of Horrors

Miss Major is an American activist who was a leader in the Stonewall riots. She was jailed for 5 years, after which she continued her activism in grassroots organisations supporting trans women. She also supported many organisations during the HIV/AIDS epidemic, before beginning work at the Transgender Gender Varient Intersex Justice Project. Her work has provided personalised care and support to trans women of colour facing violence and police brutality in prisons.

Laverne is an American actress and LGBTQ+ activist who is known for her role in Orange is the New Black; her performance as Sophia Burset earned her multiple Emmy nominations, and she was the first openly trans actor in history to be nominated. She uses her platform to openly discuss and educate on LGBTQ+ issues, and succeeded in pushing IMDB to change their birth name policy. Laverne has earned multiple awards and honours, including an Honorary Doctorate from The New School in NYC for her work in progressing gender equality.

Dominique is a Tobagonian-American actress, author, and model. She is best known for her role in TV drama Pose. She has also appeared on reality TV, in documentaries, and as a model in Vogue Espana.

Dominique has worked for multiple charities that provide support for LGBTQ+ communities.

Indya is an American actress and model best known for their work in TV drama Pose. They have appeared in multiple music videos, and has performed on Saturday Night Live as a back-up dancer for Katy Perry.

Indya is the first trans person to have been on the cover of Elle magazine, and was named as one of TIME’s 100 Most Influential People in the World in 2019.

Isis is an American actress, model, and fashion designer, and was the first trans competitor in America’s Next Top Model- she appeared in the eleventh and seventeenth cycles of the show. Before ANTM she was a runway model and competed in the ballroom culture scene.

She has appeared in many TV shows and interviews, and was also the first trans person to work with American Apparel.

Alicia is an American civil rights activist and author. She is one of three co-founders of the Black Lives Matter movement, alongside Patrisse Cullors and Opal Timeti; however, she does not see the movement as something she created. Instead, she sees it as a continuance of decades of resistance and activism carried out by Black people in America.

She is the author of The Purpose of Power: How We Come Together When We Fall Apart, and was included in Time magazine’s 100 Most Influential People of 2020 list.

Lorraine was an American playwright, activist, and writer. She wrote for Black newspaper Freedom; alongside writing about Black liberation, she wrote under the initials “L.H.” to discuss her own lesbianism and the oppression of the LGBT+ community.

Her play A Raisin in the Sun earned her a New York Critics’ Circle award; she was the first Black playwright and youngest American to do so.

A Raisin in the Sun was also the first play by an African American woman to be produced on Broadway.

Born into slavery, he was the first person in the United States to lead a queer resistance group and the first known person to self-identify as a "queen of drag Organising a series of balls in Washington D.C, Most of the attendees his gatherings were men who were former slaves, and were gathering to dance in their satin and silk dresses. “William Dorsey Swann is the original queen, the original drag mother, the original activist”

An American leader in social movements for civil rights, socialism, pacifism and non-violence and gay rights. Rustin was a formidable organiser and central figure in the Civil Rights movement. Due to criticism over his sexuality, he usually acted as an influential adviser behind the scenes to civil-rights leaders. In the 1980s, he became a public advocate on behalf of gay causes, speaking at events as an activist and supporter of human rights On November 20, 2013, President Barack Obama posthumously awarded Rustin the Presidential Medal of Freedom. 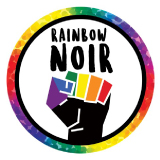 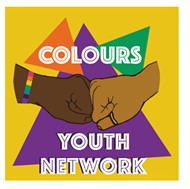