What is the Board of Trustees?

The Guild became a company limited by guarantee and a registered charity in 2010, like other charities it is governed by a group of trustees who have the overall responsibility for everything the Guild does.

The Board has twelve trustees and must have a majority student representation. The four elected officers are trustees in addition to their roles as Student Representative Officers. There are four Student Trustees and four external  Trustees. The external trustees are independent professionals appointed for their skills, experience and knowledge. You can find out more about the current Board below.

The Board provides guidance and oversight and they have specific responsibility for the governance, financial and strategic management of the Guild.

The full Board meets at least four times per year and also has a number of subcommittees to provide additional scrutiny.

What do they do?

Make sure students are at the heart of everything we do

We are a registered charity with clear aims and objectives, and our activities must be for the benefit of students at the University of Liverpool. The Board of Trustees makes sure we achieve this, by approving and monitoring our strategic plan, and monitoring and evaluating the performance of our services and activities in line with our charitable objectives.

Safeguard our reputation and manage risk

The Board of Trustees do not get involved in the day-to-day business of the Guild but they have a duty to make sure we don’t break any of the laws or regulations we must follow as part of our work and act in line with our governing documents.

Make sure we remain financially solvent

The Board of Trustees manage all of our finances, approving all our expenditure and our annual budget. They look after the long-term stability of the Guild, making sure that we continue to have money available to provide services which benefit our students.

This means that they may occasionally take legal or commercial decisions which cannot be overruled by students.

The day-to-day operations of the Guild are delegated to the Chief Executive and the staff team.

Liverpool Guild of Students has twelve trustees who act collectively to make decisions and all have an equal responsibility to ensure the Guild is properly run. The four Student and four external trustees are volunteers and the four Sabbatical Trustees are your elected officers.

We have our four Sabbatical Trustees. They are elected by all students in a cross-campus election every year, they hold their posts for one year and cannot be elected more than twice. As Student Officers they lead the Guild and you can find out more about what they do here. 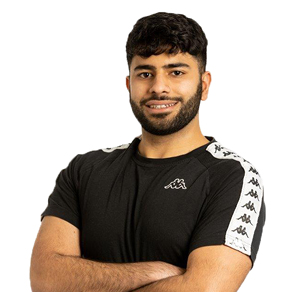 Chair of the Board of Trustees

You can find out more about Adnan's work as President here. 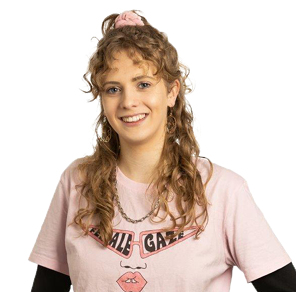 You can find out more about Chloe's work as Vice President here. 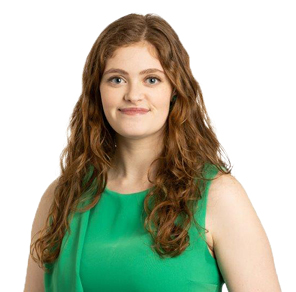 You can find out more about Ffion's work as Vice President here. 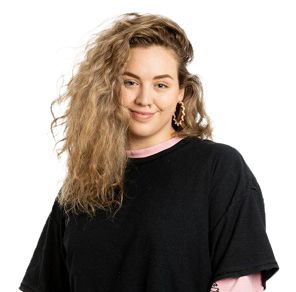 Chair of the Board of Trustees

You can find out more about Imogen's work as Deputy President here. 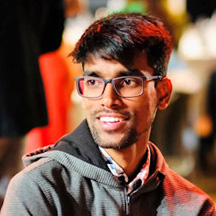 Abhilash Kondraganti is a Ph.D. student in the ULMS at the University of Liverpool. His doctoral research investigates the impact of Prescriptive Analytics in Retail Industry. While Big Data and Business Intelligence tools have been at the forefront of Retail Industry in the 20th Century the industry never adopted the use of prescriptive analytics which could be a potential pivot for the industry moving forward into the digital realm.

His research interests center around the intersection of Business Analytics and Big Data. He takes a multipronged approach that encompasses the fields of digital transformation, analytics, big data, and market research.

Abhilash holds a master's degree in Business Analytics and Big Data from the University of Liverpool. He collaborates with academic staff, guild personnel, and students across the University to improve the student learning experience. He actively participated in the school scrutiny panel, and postgraduate student-staff liaison committees during 2018-19 academic year.

With over 4 years of work experience in ICT (Information Communication & Technology) market research, he has co-authored several research reports on the evolution of ICT in several major economies of the world. He was also instrumental in developing a contracts database for the firm which went on to become one of the most profitable for the company.

Abhilash is also a movie buff and a critic who significantly contributes to IMDB with his critical reviews and acclaims on a weekly basis. Do call him if you are looking for a player in badminton or cricket. 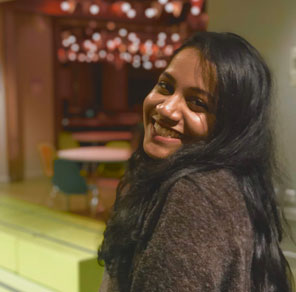 After living in several countries, I decided to start my new academic journey in Liverpool by studying Law with International Politics. From my adolescence, I’ve been involved with many NGOs and service activities. My most favourite has been the service activity where my peers and I would teach math to disadvantaged children, who came from communities that lacked access to education. I’ve also assisted with several fundraising activities to support local NGOs through creative endeavours such as Cake Auctions, Battle of the Bands etc. Having been involved in many such activities helped me build the skills required to be a Student Trustee. As a trustee, my job is to ensure that the decisions taken by the Guild match the needs of the students in a timely, financial order. By lending my voice as a Trustee, I hope to achieve these objectives along with my colleagues. 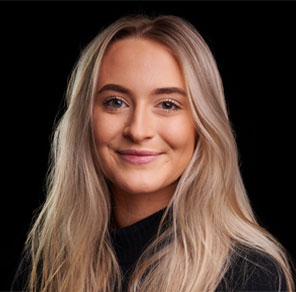 Hello my name is Pollie, I study International Politics and I am an aspiring solicitor. I have enjoyed my time at the University of Liverpool studying, partying and many extra-curriculars. I want to enable a student voice on the board to make sure that every student experience is as good as mine has been.

We also have four externalTrustees. They are not current University of Liverpool students; they are appointed for the professional skills and experiences they bring to the Trustee Board and provide an element of stability and continuity. They are appointed to their positions for four years and may be appointed to one further term of four years. The current external Trustees are: 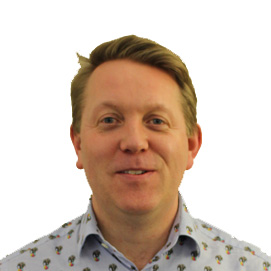 Deputy Chair of the Board of Trustees

University Secretary (Governance and Assurance Office) at the University Of York’

Adam is a specialist in HE corporate governance policy and practice, risk and assurance. Adam has worked in the HE sector since graduating from his first degree in 1997 in a range of management roles incluyding at the Arts and Humanities Research Council, Royal College of Art, University of London International Programmes and Queen Mary, University of London.

Adam holds a First Class Honours Degree from the University of Reading, a Master of Arts (Distinction) from the University of London, a PgCert in HE Management and obtained a Doctor in Education (EdD) in HE corporate governance from University College London’s Institute of Education in 2015. Adam is a part-qualified company secretary and is working towards securing chartered status.

Adam has published articles on educational policy and university governance in a range of media, including the Journal of Applied Higher Education Management, ICSA’s Governance and Compliance Magazine and as a contributory author to the HE Specific Training Package on the Prevent Duty, developed in collaboration between HEFCE and the Leadership Foundation for Higher Education. 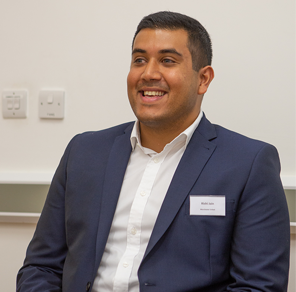 Rishi is Manchester United’s Equality and Inclusion Manager, and is responsible for managing equality, diversity and inclusion internally and externally across the organisation; ensuring that the club continues to be a leader both on and off the pitch.

He graduated from Liverpool John Moores University, with an Honours Degree in History and Sociology in 2010. Rishi has an expert understanding of successfully integrating equality, diversity and inclusion into businesses and ensuring positive change. At Manchester United, he is responsible for delivering the club’s diversity and inclusion strategy across all areas of business operations and ensuring that this is embedded throughout. He launched the company’s employee inclusion networks to give staff across the business the platform to take responsibility and drive forward progress across all strands of diversity, in addition to the award-winning All Red All Equal campaign to demonstrate the club’s commitment to diversity and inclusion on a global scale.

Rishi has also held roles at Kick It Out, The FA’s Inclusion Advisory Board and Liverpool Football Club, where he has worked throughout his career to champion diversity and inclusion and the power of football to have a positive impact across society. 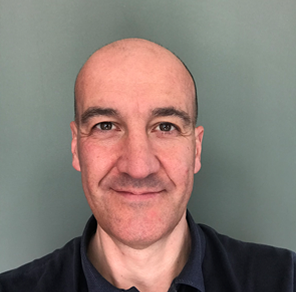 Andrew is the Chief Risk Officer at the Co-operative Group, based in Manchester.

Andrew graduated from the University of Manchester, gaining an Honours Degree in Biology in 1990. He’s a keen sportsman and represented the Great Britain basketball team at two World Student Games. He still plays basketball (more slowly!) in the GB Masters tournament held annually, is a keen skier and helps coach his son’s basketball team in Manchester.

Andrew qualified as an Accountant in 1996, whilst working in the NHS. He’s worked at the Co-op since 1998, mainly in senior Finance positions, both in the Food division and at Group level. His experience includes the valuation and execution of acquisitions, mergers and disposals, financial planning and reporting and liaising with the Group’s banking syndicate and bondholders. His current role involves leading Co-op Risk reporting, Health & Safety, Data Protection, Business Continuity and Regulatory Compliance. He was also a Trustee of the Co-op Pension Fund for 8 years and has recently taken up a position as Governor of St. Helens & Knowsley College.

How can you influence the trustees?

Whilst the Trustees have to take a number of decisions that may not seem directly relevant to your student experience, it is vital that they understand the views of the members of the Students' Union.

As members of the Students' Union, you can influence the Trustees in a number of ways:

The Students' Union Officers are your elected representatives but they all act as trustees. Whilst they are obliged to think about the overall organisation when taking decisions as trustees, they still take into account the wishes of the student population.

All students can submit ideas to Change It which may simply be adopted if it is a straightforward matter or may be referred to Guild Summit for discussion.

Removal of a trustee

If you have reason to call for a trustee to be dismissed, there is a set procedure that you may follow. Before following the procedure, you may wish to contact the Trustee Board Chair as many problems can be resolved informally.

Members can remove a Sabbatical Officer, Student Trustee or external Trustee by calling an all student vote (referendum).

A referendum can be called by a petition on the Guild website agreed to by at least 3% of the Members of the Guild.

Details on how to submit a petition and referenda can be found here.