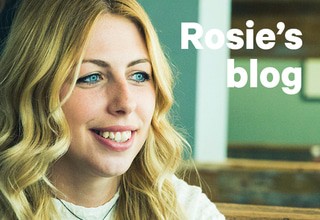 In 2013 LGBT+ charity Stonewall launched a campaign to tackle homophobia, biphobia and transphobia in sport. Football was the first focus of the Rainbow Laces campaign and with the cheeky slogan “Right Behind Gay Footballers”, laces were sent out to every Premier League footballer. Support from various clubs (such as Everton) and famous figures such as Gary Linekar and Joey Barton meant 30% of the entire UK population saw the campaign[1].

This campaign was sparked by the shocking statistic that 7 in 10 football fans have heard homophobic abuse when watching a match. By wearing Rainbow Laces, footballers showed fans, the industry and other players that homophobia is not banter and has no place in modern day sport.

However, this is not just a problem in professional sport – it affects universities across the country. An NUS report[2], Out In Sport, discovered that 46% of LGBT+ students don’t participate in sport and find the culture around it alienating and unwelcoming. 41% had a negative experience at school which has meant they don’t want to get involved in sport at university or college whilst 14.3% had experienced homophobia, biphobia or transphobia which has put them off too. Physical conditions like changing rooms can create further barriers for LGBT+ students who might be concerned for their privacy and gender specific kit discouraged 9.4% (this goes up to 36% for trans students).

Student unions and Athletic Unions around the country have since been working with their sports teams to tackle this issue and so in LGBT+ History Month Liverpool Guild and Sport Liverpool will be doing the same. I caught up with our LGBT+ society earlier who said: “We think it is a great campaign, anything that promotes inclusivity is most definitely a good thing. This helps to close the gap between sport and LGBT+ in a wider context as well as bringing the Guild and the AU closer together, it exciting to be doing something collaborative.”

Representatives from LGBT+ society attended the first ever NUS Trans Conference last year. They took part in some important discussions, many of which focused on BUCS and university sport. For many trans students it is important that there is clear policy from both universities and BUCS as currently and historically there has been insufficient information as to whether they are eligible to participate in a single gender team. This uncertainty can be very alienating and when combined with other barriers such as homophobic language within a team, the perception of the team and changing rooms which can offer little privacy.

Steps have already been taken to ensure that gender neutral facilities will be considered in future development of our campus following a suggestion through Change It by a student. But there is still plenty that can be done. This campaign aims to work with Sport Liverpool and create some LGBT+ policy and identify some other ways to be inclusive. The most important outcome of this campaign will be a change in attitudes of every student participating in sport; to change any behaviour or language that might exclude a student from getting involved due to their gender; to gain an awareness of different challenges that others may face and to resolve to be inclusive.

AU President, Steph Devine, Vice-Presidents Gabi Sims and Livvy Lock and myself will be going along to as many training sessions as possible in the next few weeks to speak to teams about this campaign, hand out rainbow laces and ask captains to sign their team up to a pledge to eradicate homophobia in sport. The aim is to sign up every team! This will build up to Wednesday 17th February (a day when lots of teams have fixtures) where teams will tweet their photos with #RainbowLaces and fill news feeds with a sign of solidarity between students of all sexualities and genders, the Guild, Sport Liverpool and the University.

Find out more about the campaign