Call it Out: Have you experienced racism at University? 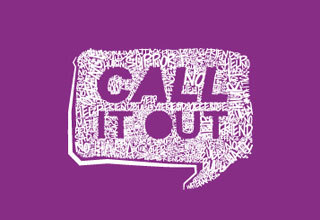 Have you experienced racism at University?

Racism is one of the biggest issues that BAME students face on campus. According to data requested by The Independent, from 2015 to 2017, incidents of racism have increased by 61% and incidents of religiously motivated hate crime have doubled.

Racism on campus is not uncommon. From someone touching a BAME persons hair without permission to headline cases such as racial slurs on WhatsApp group chats at Exeter University, racist chants in Nottingham Trent University halls and an alleged serious assault at the University of Surrey. Occurrences such as the above and more should be non-existent on campuses which profess to nurture a safe and welcoming environment for ALL their students.

Student representatives from NUS and UK Universities have called on Universities to do more to address racism on campus. Simply disciplining students and issuing statements only removes the part of the problem that’s most visible. It doesn’t address the root cause of racism on campus and ignores the societal structures that facilitate systematic racism.

Call it Out seeks to address all forms harassment, including racism, sexual harassment, ableism, homophobia and transphobia. An important aspect of this campaign is ensuring that students feel confident in reporting racism to the university and seeking support.

The Guild believes in fostering a safe and welcoming campus. As such we, along with NUS, are promoting an important piece of research that seeks to tackle and understand that issue of racism on campus.

The Equality and Human Rights Commission (EHRC) has launched an inquiry to understand student and staff experiences of racial harassment in higher education.

The survey will ask questions relating to 3 important themes:

• Have you experienced, witnessed, or offered support to people experiencing racial harassment?

• Did you report your experience of racial harassment and if you did, was it dealt with effectively?

• What measures could help improve how universities respond to reports of racial harassment and ensure people obtain redress for harassment they experienced?

The inquiry also requires publicly funded universities to provide information about the processes they have in place to support students and staff who have experienced racial harassment.

This research will help to form recommendations to Universities for addressing racism in higher education. It is so important that we share our experiences to ensure that Universities are aware of the scale of the issue of racism on campus, and what they must do to make students feel better supported in reporting.

If you have experienced, witnessed or helped in an incident of racial harassment from September 2015 onwards, you can respond until 23:59 on Friday 28th February here.

If you have experienced harassment of any of any form, you can get support from the Guild Advice team whether you wish to report it or not. Our Advice Service is confidential and independent, get in touch by emailing guildadvice@liv.ac.uk.